I am sitting with Asher Bilu in his voluminous storage studio in Moorabbin – a veritable Aladdin’s cave of past and recent treasures and we are speaking at length about the possibility of rendering the cosmos, shaping orbits and the psychological trails in his works. We are both fascinated by the new Webb telescope photographs recently published by NASA. For Bilu, being guided by planets and stars, has a long personal history. Growing up in Israel and finding himself as a conscript soldier there, he learnt the importance of reading the clear desert night skies to navigate. Later, upon arriving in Australia, he tells me he was completely awestruck by the richness of our southern skies. It would be a mistake however, to think that the primary gist of Bilu’s work is simply a painterly, mixed-media vision of ‘the universe’.

Together he and I examine closely the work Circles Series 12 to be included in his forthcoming exhibition Circles at Qdos Fine Arts in Lorne. In trying to tease out other implications in his work I feel compelled to ask him why circles then? And not just large discs, for he seems driven in his works to a purposeful interlacing of forms that create perceptible repeated circular motions. In true Bilu fashion, he doesn’t give away a whole lot, but instead counters with several questions of his own. He asks firstly if I am aware of the Heliocentric considerations proposed by Copernicus and becomes visibly enthused when speaking of the elegance and overwhelming essential truth of Copernicus’ planetary system diagrams.

* The simple diagram published by Copernicus in 1543 in his book
De revolutionibus orbium coelestium – On the Revolutions of the Heavenly Spheres.

I am always struck by Bilu’s perpetual sense of wonderment about knowledge from the past and the mysteries of human discovery generally. And then whilst we are looking, he says this: ‘Discovery happens through making’. An elegant truth of its own. As I digest all this he turns to reflect on his other great love, music. A gifted young violinist, much later in life he became a devotee of Indian classical music. Even now he plays the sarod for several hours every single day. He asks if I think it’s possible to have a visual equivalent of the ‘cadenza’. It’s a beautiful question. He is asking me/us to consider his art as a system of making with a significant interpolation/improvisation that resets the aesthetic. It is the question of an artist who understands his long practice as a body of solitary research where a stylistic diversion is seriously important within the overall spirit of experimentation.

Painting happens slowly, even when it happens quickly. Looking at and understanding painting also happens slowly. Whilst Instagram may reproduce a Bilu beautifully, there is just nothing instant about his work. Whereas initially I perceived a planet in eclipse, slowly I began to see instead a portal offering a view within of fantastically surreal interconnected nerve-like forms – otherworldly neuron transmitters maybe. A whole inner life opens – the brain as metaverse. I can feel another question coming on. Many questions and observations in fact – too many to reveal in this short introduction.

One thing I note clearly however about Asher Bilu’s work, is that one tends ultimately to see such a serious practice as propositional. I have always understood his artworks as intelligent abstract offerings that we can only ever be on the cusp of understanding or recognizing; a deeply resonant somewhat uncanny language that is entirely his own and perpetually in progress. At the age of eighty- five this eminent artist’s abundant energy, and ceaseless curiosity is both inspiring and unnerving. In this consummate cycle of works, he generously shares with us again his indefatigable passion for making, for searching, for learning, for starting conversations. 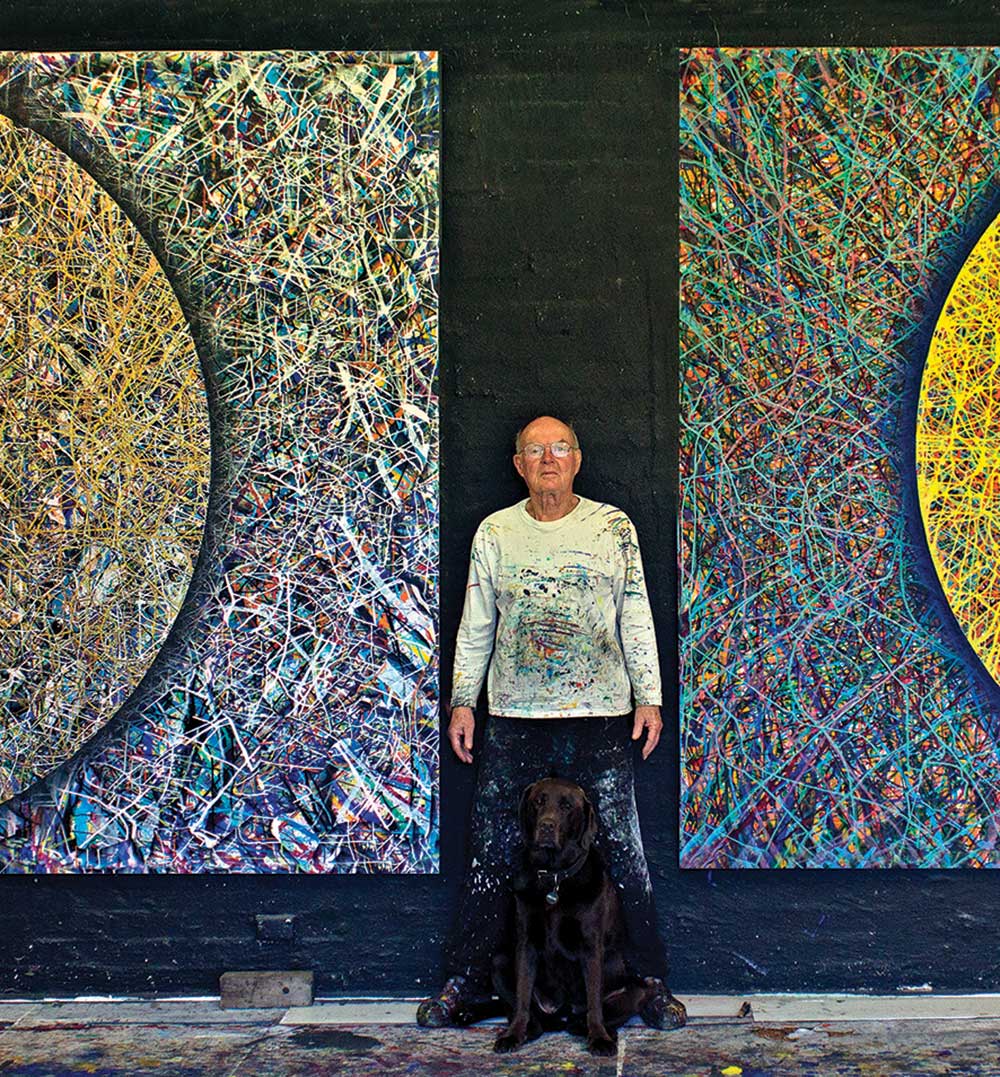 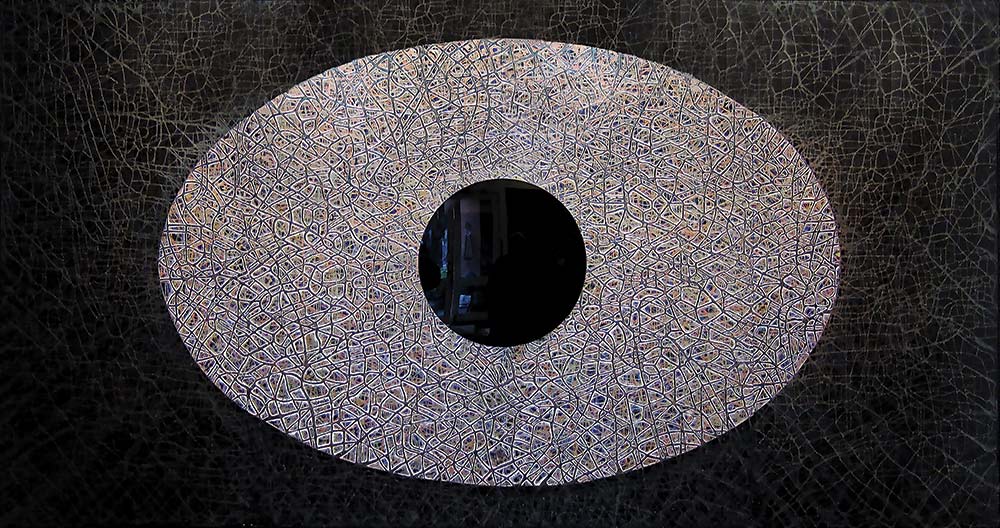 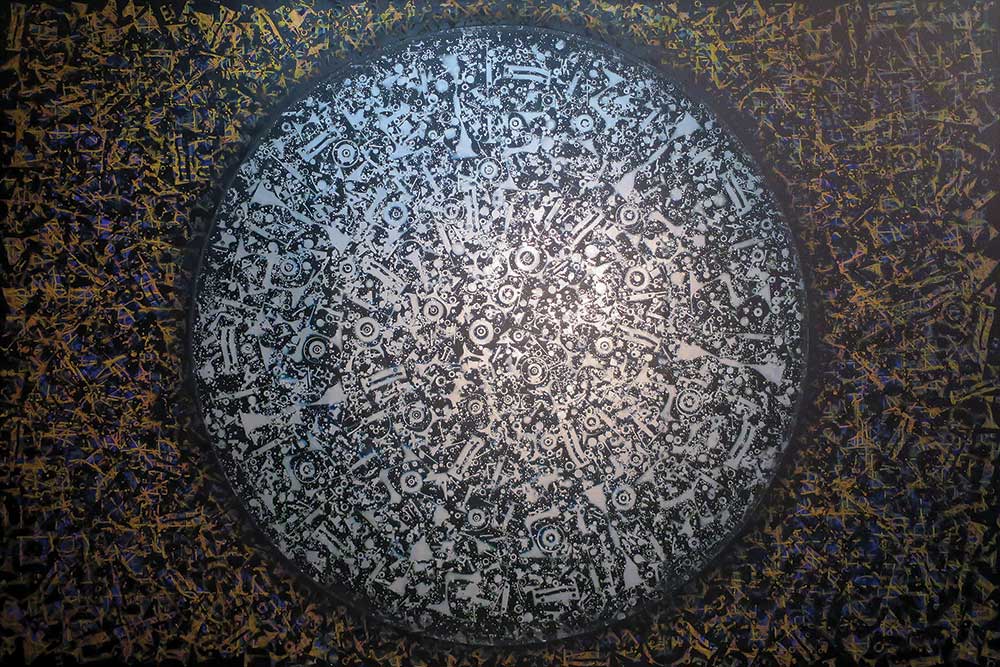 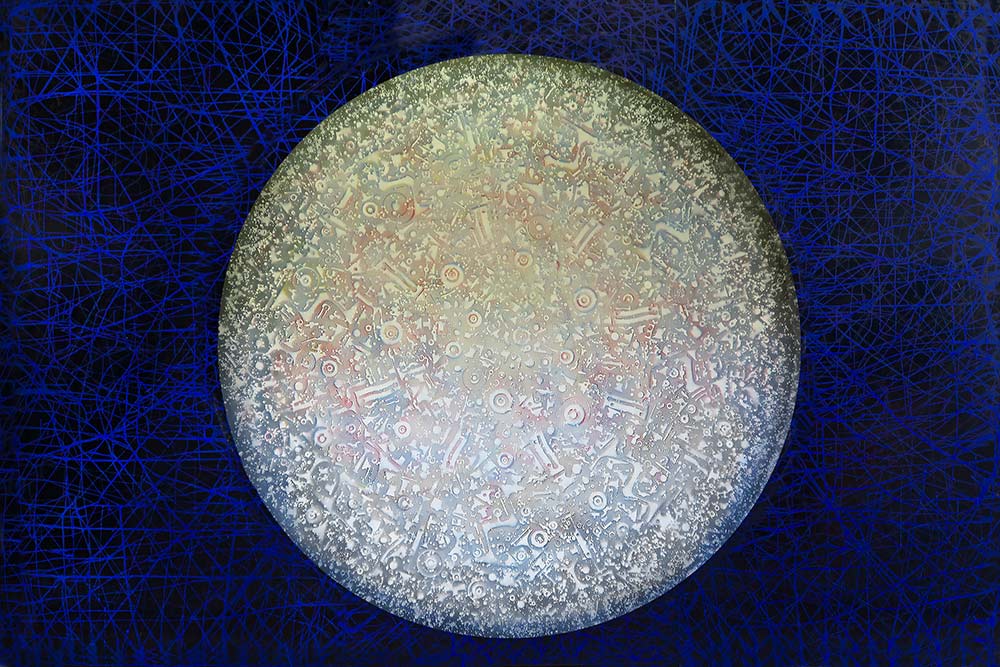 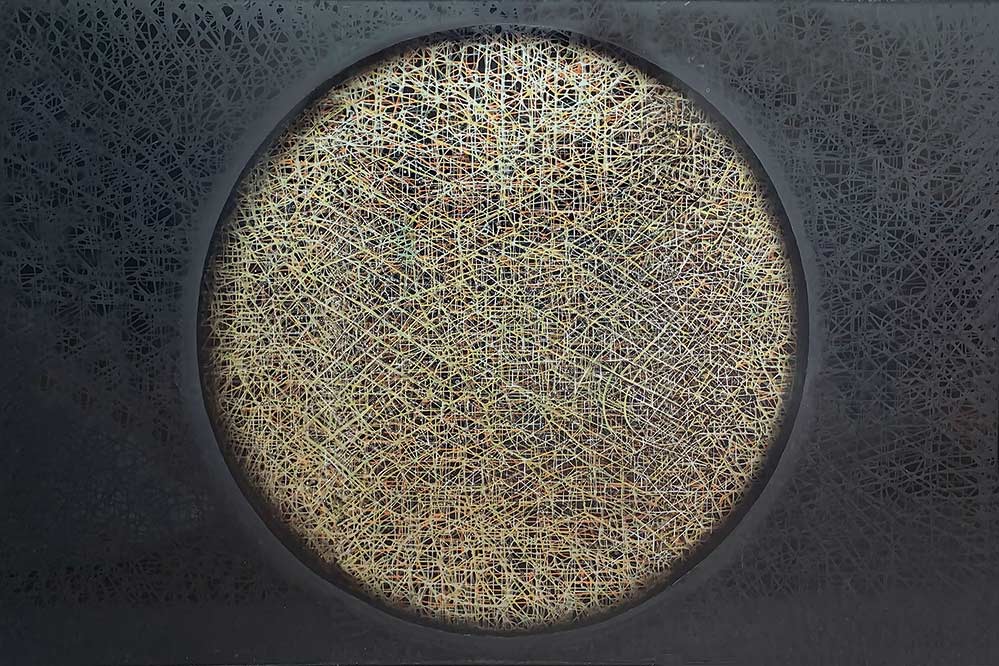