Over the decades various visual artists have produced challenging art in the Geelong region and I suspect that art historians of the future will record such practitioners as being alongside, and at the forefront of a generation of Australian image makers.

Peter Webb, an informed painter from the Geelong region, has stood out now for decades. He is much travelled across the planet but has chosen to live and work in this region and his long term presence along the surf coast has been a bonus for other artists who have made their home down this way.

Webb is a painter’s painter and his artistic visions have added vitality to cultural pursuits in the region, and his artworks are a reason to celebrate whenever he has exhibited. His art is always visually surprising, even to tired eyes saturated by a society groaning with imagery. Other practitioners can only learn the essential things from Webb’s oeuvre whenever he has presented such hard won artwork.

I first viewed a solo exhibition by Peter Webb in 1977 at Works Gallery in Newtown, Geelong and I was immediately captivated by the international art language utilised by Webb in his pictorial ventures. His work stood out for its painterly innovations and for its professionalism. And it was remarkable to see how he had absorbed the major art movements at such a youthful age and he had already been exhibiting at noted venues since 1972. Since then, Webb has exhibited in galleries in Melbourne, Sydney, Geelong, Adelaide, France, Tokyo, and also on the West Coast of North America.

In 1979 when Peter Webb’s art was exhibited by Geelong Regional Gallery (alongside Peter Rosson’s art) in ‘Survey Number One’, Roddick Carmichael, former head of Birmingham (UK) and Deakin University art departments, and a ‘Rome Scholar’, wrote a memorable review in The Geelong Advertiser exclaiming that both of these younger painters were up there with the finest young artists throughout Australia. I’ve not heard many disagree against Carmichael’s confident statement. And 42 years later, Webb is still exhibiting and producing strong work.

Webb’s art tells us that a major colourist is present, and his attitude to colour hints respectfully at Matisse, Bonnard and a few others who have informed his discerning eye. Webb also possesses a rebellious streak similar in tone to Guston’s figurative works, and Webb’s notations and visual commentaries can be as assertive as any artist who swim against the tide of popular notions.

When viewing his work over decades, Alan Davie’s zen like sensibility can often find itself participating in Webb’s distinctive style, and of course Webb’s confidence with line quality can be as confident and exciting as Brett Whiteley. But with all comparisons, we must remember that Webb’s art is conceived from his own original views of life and art, and we must also note that there is nothing quite like Webb’s work in the history of Australian art. Even his blobs and blotches and painterly stains reveal an audacity not often seen in our galleries and art magazines.

Peter webb’s most recent works have, for practical reasons, been scaled down in size, and they announce themselves as insightful, and experimenting with technique and subject matter on an even more intense level than usual. Webb has now been exhibiting his art for 50 years since first appearing in 1972 in ‘The Corio Prize’ at Geelong Gallery. His career in art is a triumph. 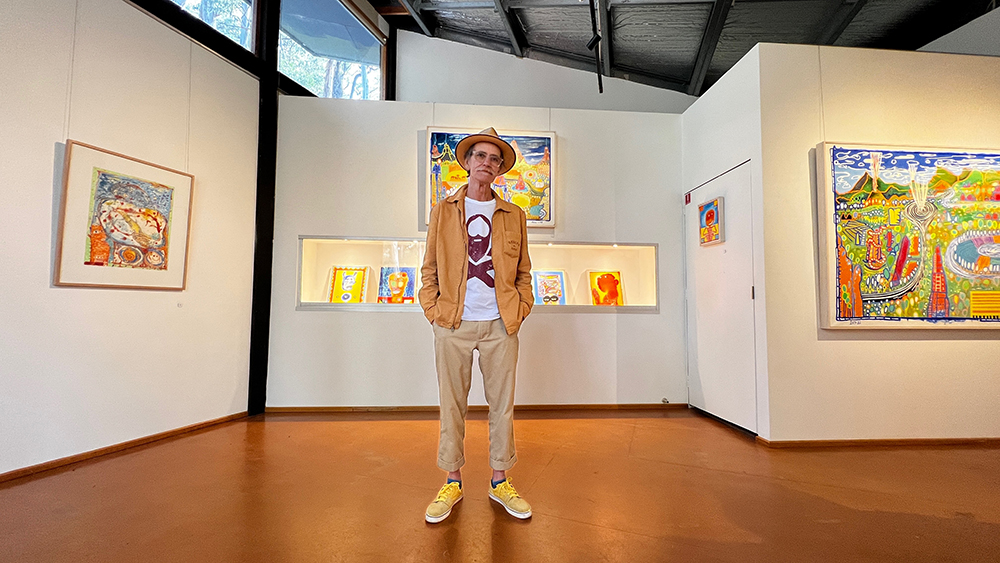 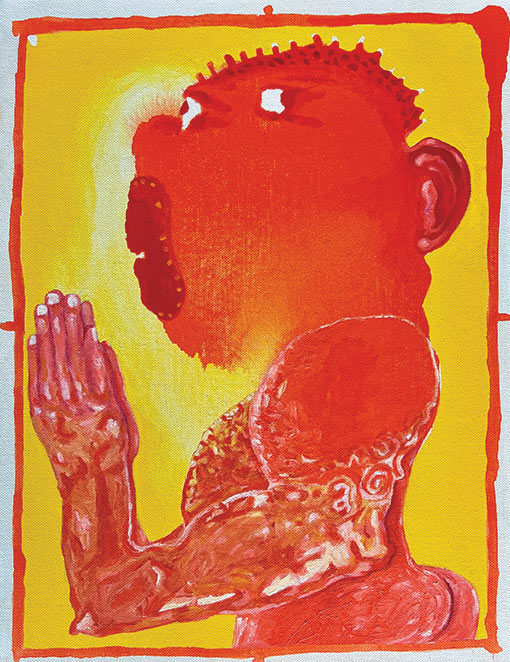 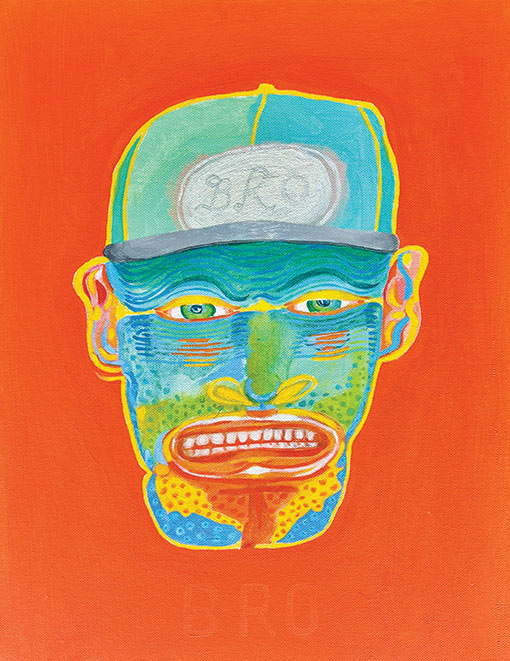 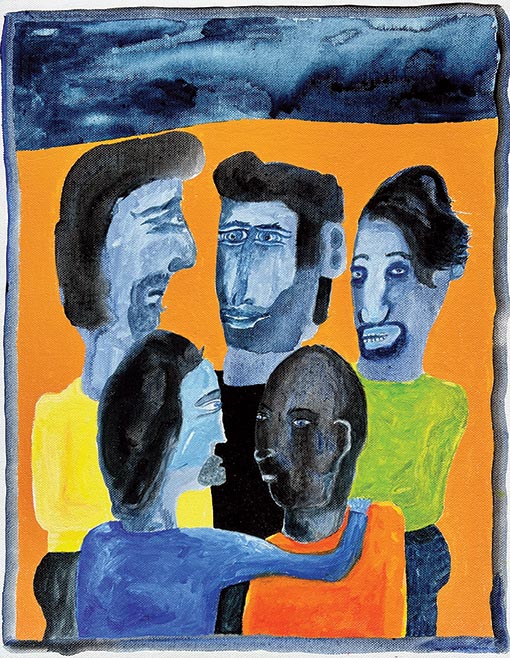 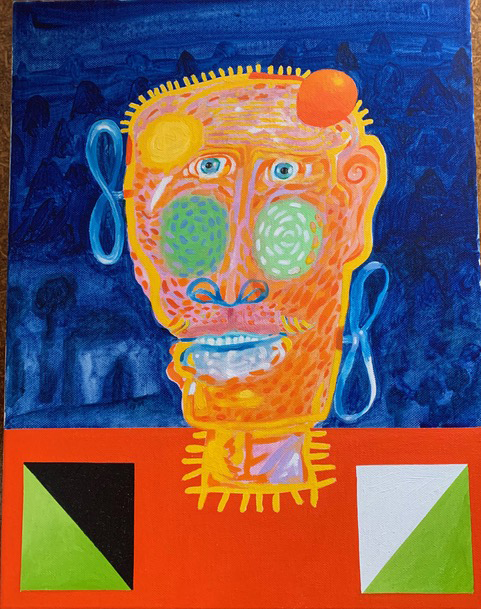 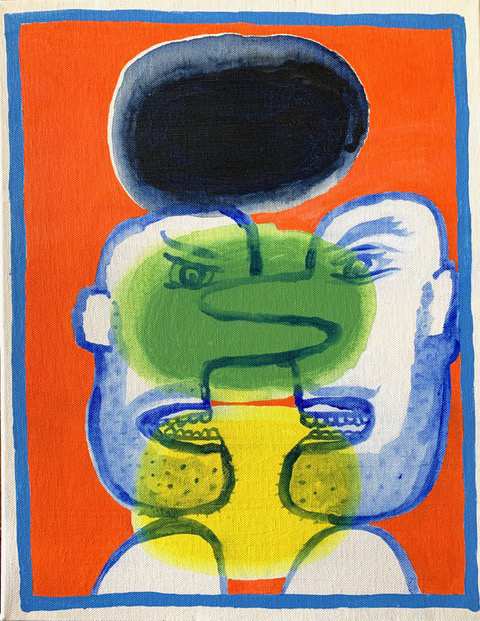 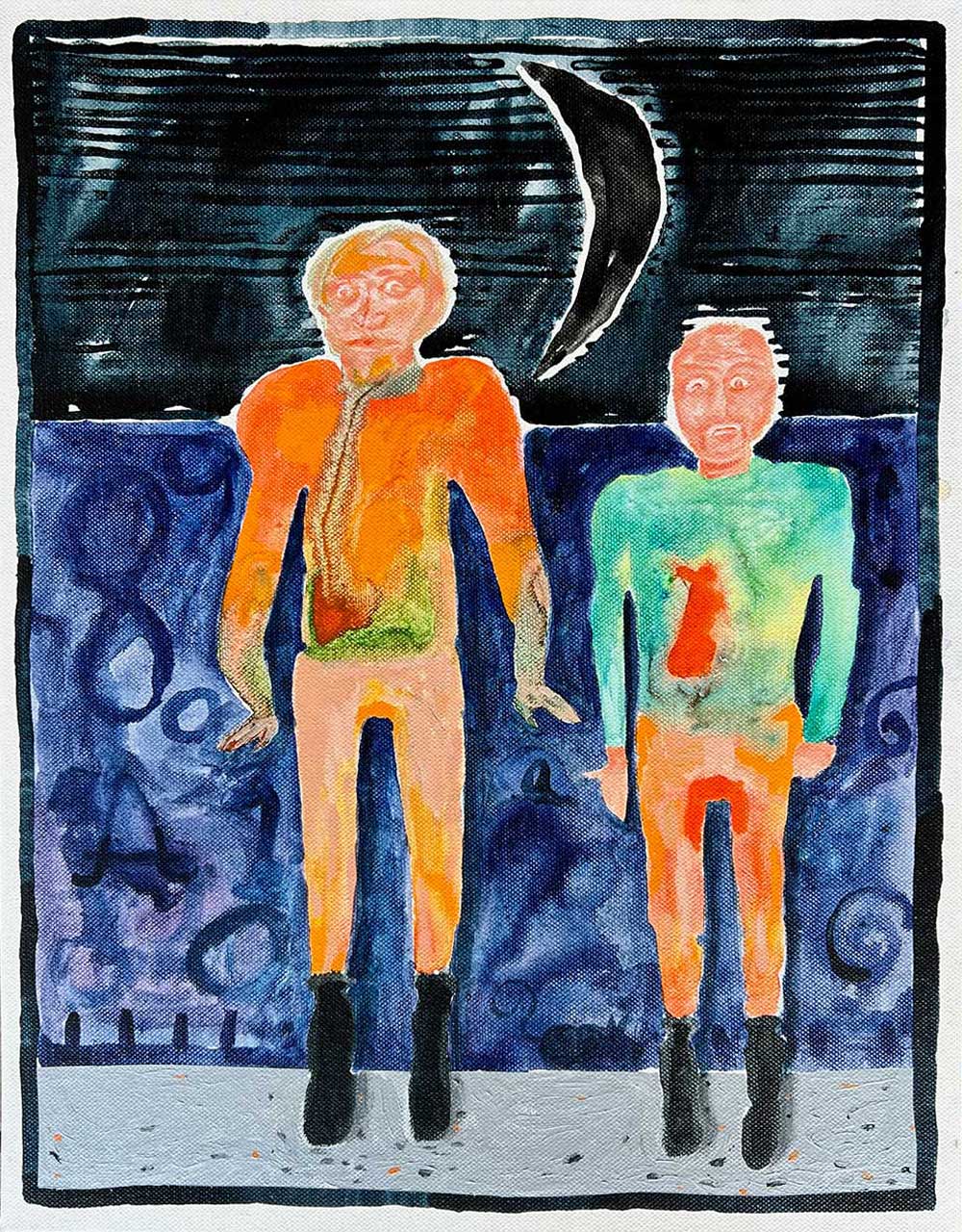 Busted! And they thought they were invincible in their new boots acrylic on canvas 35x45cm $1800 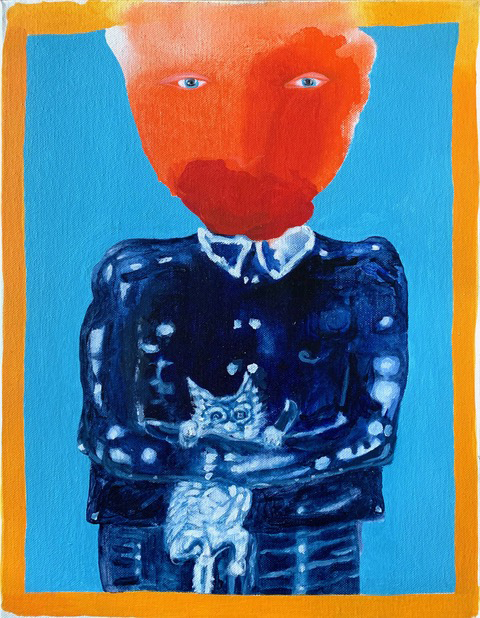 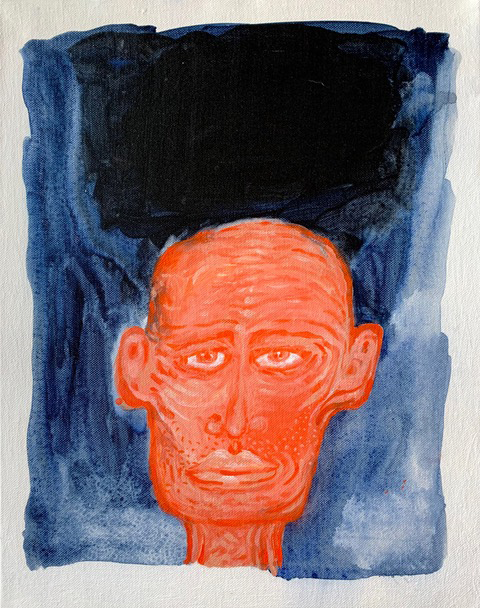 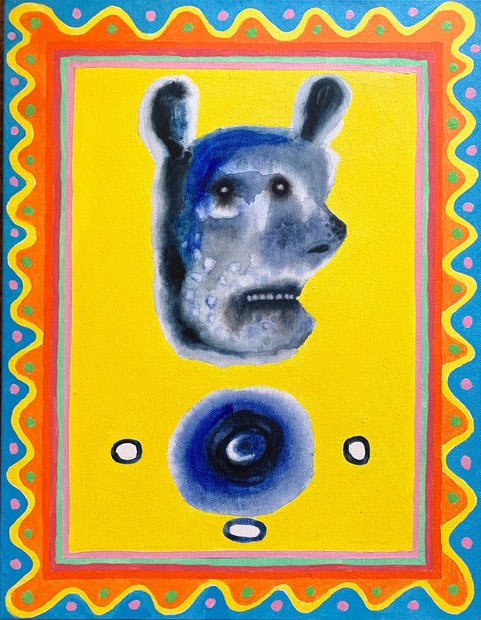 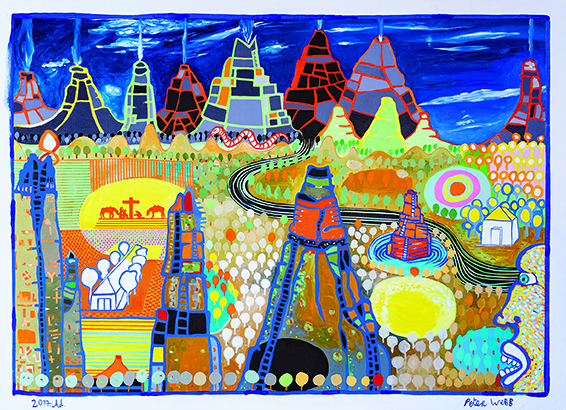 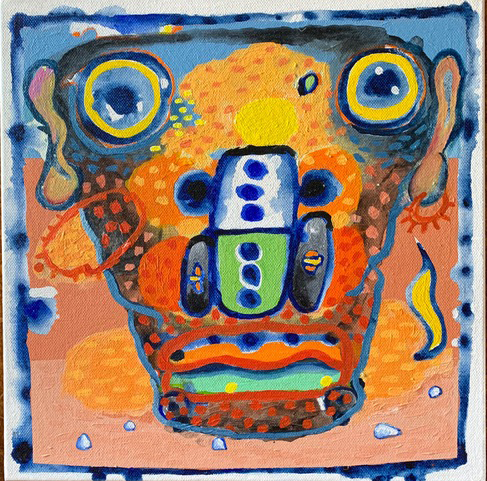 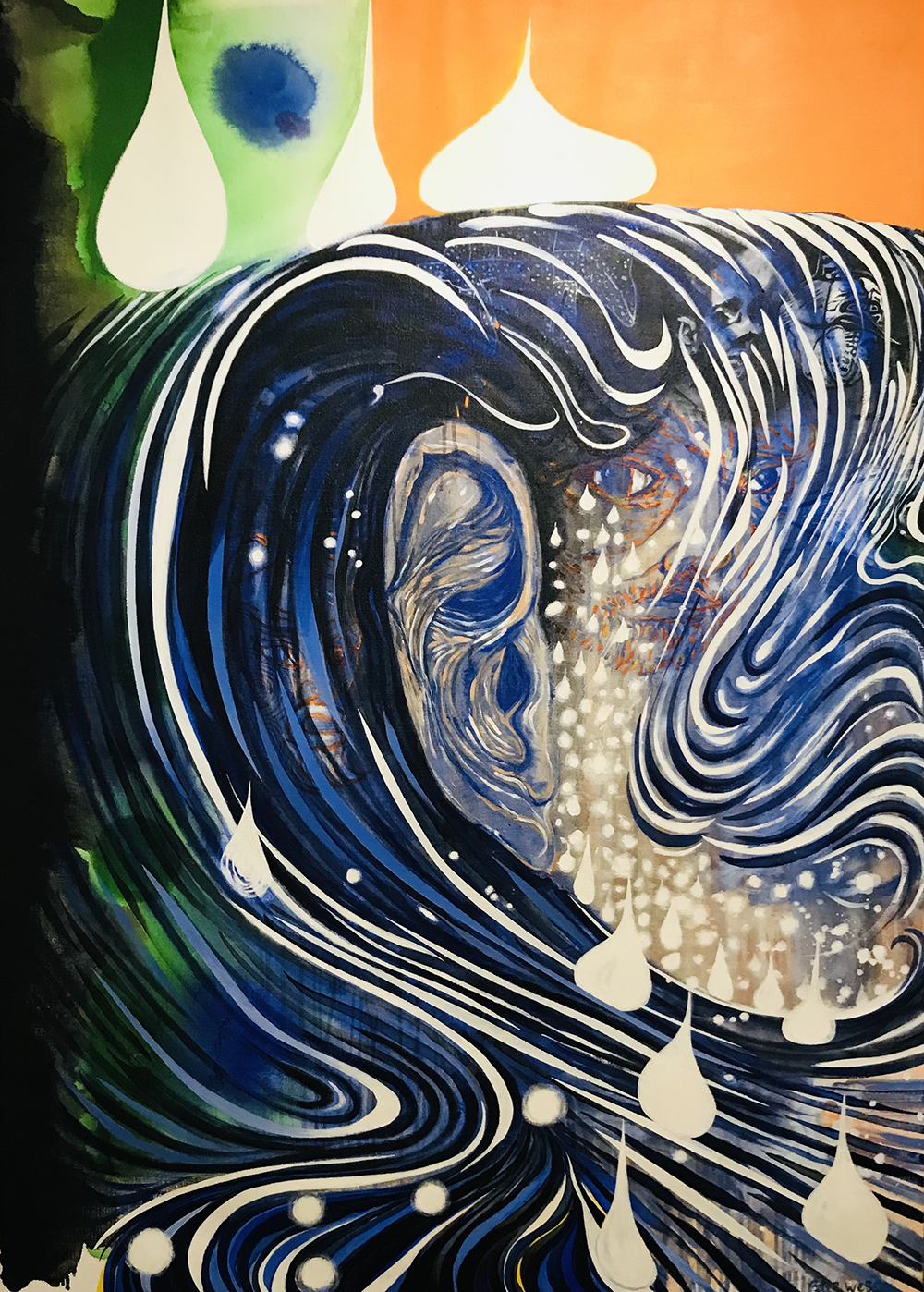 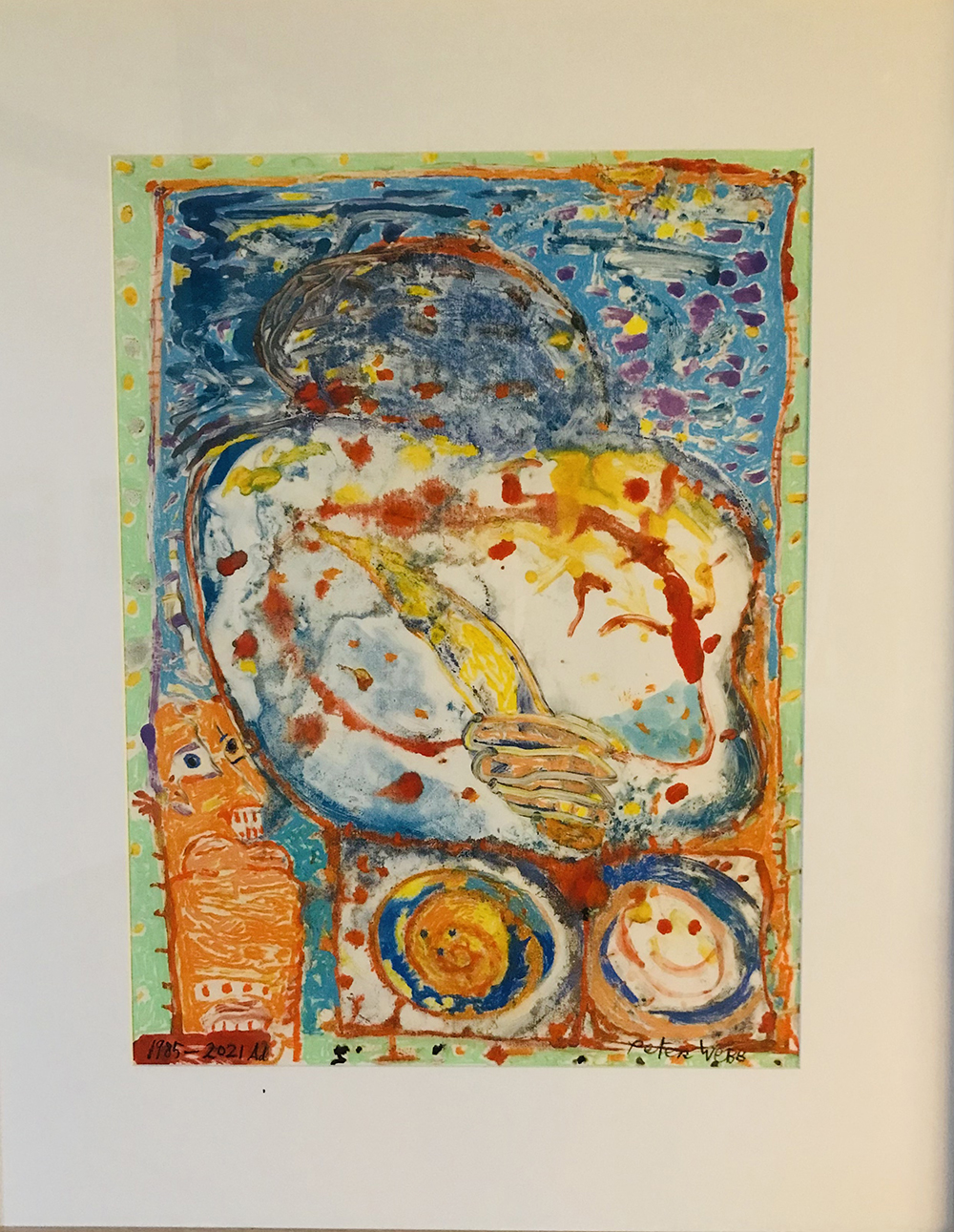 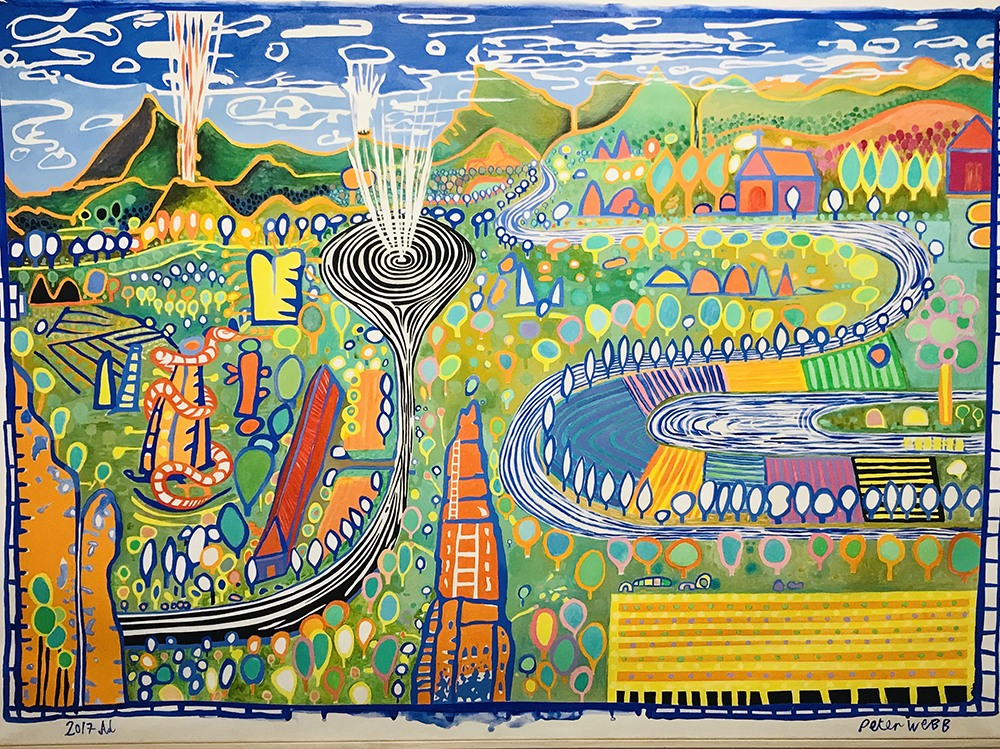 Thursday to Sunday
9am – 5pm